The Flag, It Is A Changin’ 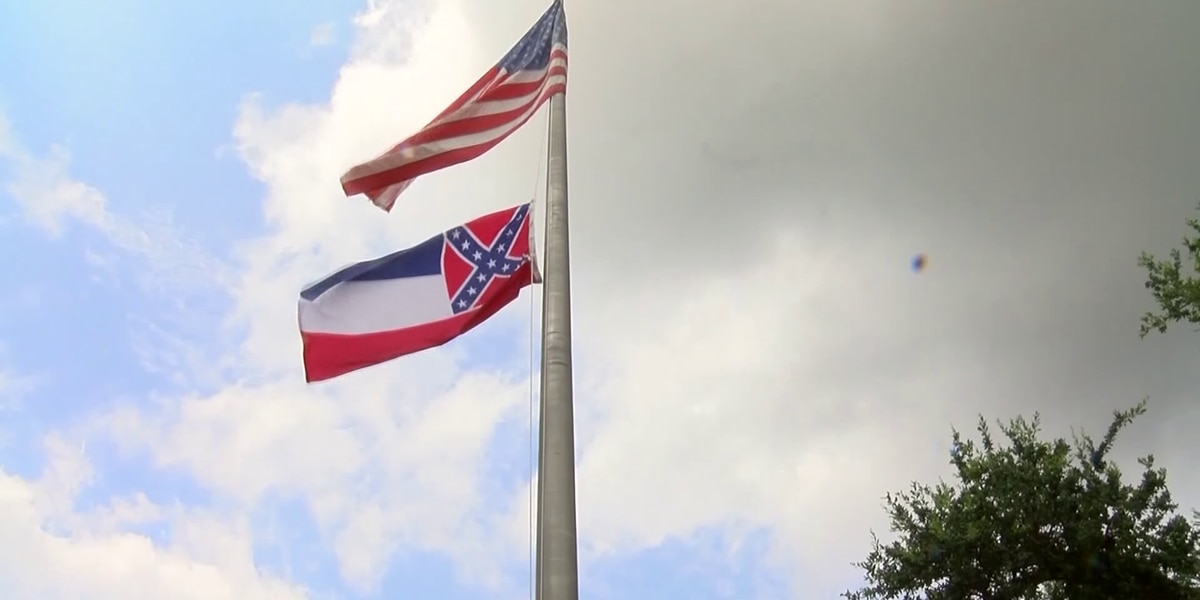 As this article tells us, the Mississippi legislature voted on Sunday to change the state’s flag and remove the confederate battle flag in its canton. “Lawmakers in Mississippi voted to remove the Confederate battle emblem from the state flag on Sunday, clearing the way for Republican Gov. Tate Reeves to sign the measure into law. The state House and Senate both approved legislation to remove the 126-year-old current flag and to form a commission to redesign it. ‘Today we and the rest of the nation can look on our state with new eyes, with pride and hope,’ House Speaker Philip Gunn said following the House vote, according to the Mississippi Clarion-Ledger. Sunday’s passage was expected following a procedural vote on Saturday. The bill now goes to the governor, who has said he would sign the legislation but has not immediately set a date for the signing. He made the pledge on Saturday in a Facebook post. … The new legislation calls for the removal of the current flag within 15 days at government buildings and for a commission to design a new flag in which all Confederate symbols will be removed and the words ‘In God We Trust’ must be used. The new design will be put to a public vote in November. If voters reject it, the commission will try again.”

According to this article, “A nine-person commission will be appointed to develop a single new design by September, and Mississippi voters will approve or reject that design on the November 2020 ballot. In the meantime, Mississippi will have no official state flag. The historic vote brought tears to the eyes of many lawmakers. Cheers echoed in the halls of the Mississippi State Capitol shortly after the final votes were cast, and many Mississippians who visited the building to witness the moment openly wept. … The Senate debate on Sunday lasted about two hours, with several senators arguing that the issue should go to voters instead of being made by lawmakers. Several senators rebutted that argument before passing the bill. ‘I think the Mississippi Senate and me personally, we want Mississippi to have a heart and a soul,’ said Lt. Gov. Delbert Hosemann after the vote. ‘Today she had one.’ The House approved the bill by a vote of 92-23 on Sunday, with eight more House members voting to approve the final bill than they did on a procedural vote on Saturday. The Senate approved the bill by a vote of 37-14, with one more Senate member voting to approve than on Saturday. ‘For 100 plus years, we have been living under this flag,’ said Sen. David Jordan, D-Greenwood. ‘We watered this land with our tears and made it rich with our bones, so it’s only fair that we have a symbol that represents us and (does) not remind us of what has happened to us.’ The debate over the state flag captured the close attention of Mississippians for weeks. By the final vote in the Senate on Sunday, the news reverberated across the state. Many prominent Mississippians expressed their appreciation.”

This article tells us, “The Mississippi Supreme Court found in 2000 that when the state updated its laws in 1906, portions dealing with the flag were not included. That meant the banner lacked official status. The Democratic governor in 2000, Ronnie Musgrove, appointed a commission to decide the flag’s future. It held hearings across the state that grew ugly as people shouted at each other about the flag. After that, legislators opted not to set a flag design themselves. They put the issue on a 2001 statewide ballot, and people voted to keep the flag. An alternate proposal would have replaced the Confederate corner with a blue field topped by a cluster of white stars representing Mississippi as the 20th state.”