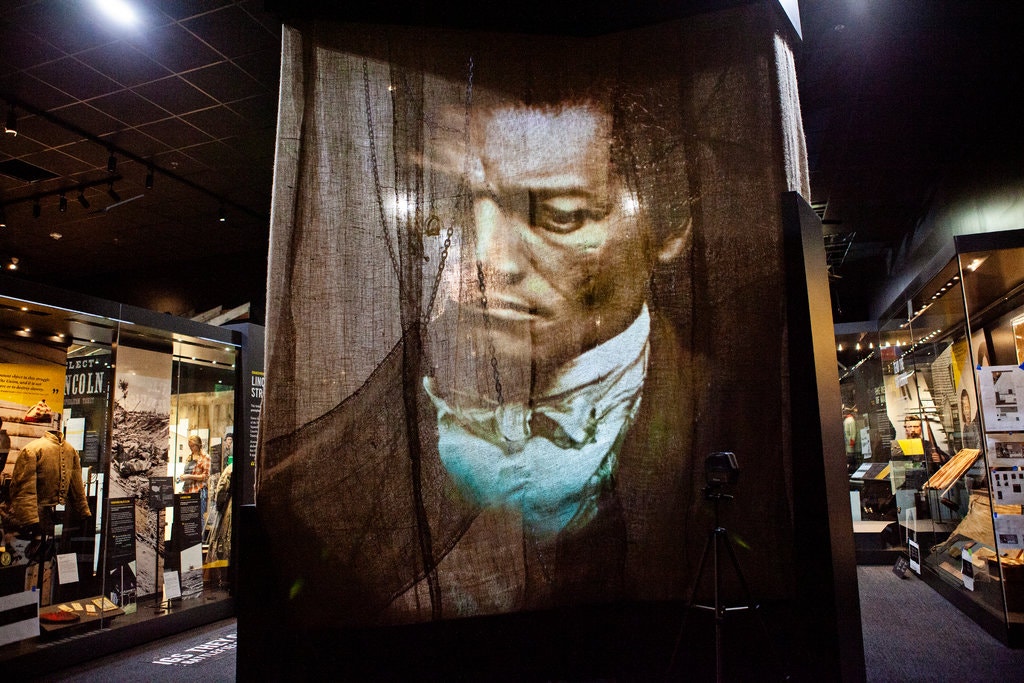 The American Civil War Museum opened its new Tredegar facility to great fanfare. The New York Times covered it with this story. Writer Jamelle Bouie tells us, ” ‘This is a period of history that’s been so distorted for a variety of reasons,’ the museum’s chief executive, Christy Coleman, told me, ‘where memory has taken over the actual history, and that collective memory is not historical in many cases.’ Modern scholarship on the American Civil War takes a broad view of the conflict, more interested in social, economic and political circumstances than battlefield tactics; more concerned with the perspectives of ordinary people — soldiers, civilians, Native Americans and enslaved people — than individual military leaders. Public memory of the war is a little different. It is still heavily influenced by work like ‘The Civil War’ by the documentary filmmaker Ken Burns, which, the historian Keri Leigh Merritt writes, concentrates on ‘hard-fought battles, valiant, virile soldiers, and heart-wrenching tales of romantic love and loss.’ More worrisome, as President Trump’s praise of Robert E. Lee as ‘one of the great generals’ demonstrates, are those Americans whose ideas about the conflict owe more to after-the-fact Confederate propaganda than any actual history.”

We also learn, “In 1970, the Confederate Museum changed its name to the Museum of the Confederacy to emphasize an interest in scholarship rather than veneration. In the 1970s and ’80s, as historical sites in the state began to look deeper at slavery and the lives of enslaved people, the museum worked with the National Endowment for the Humanities to develop historically grounded exhibitions on the Confederacy. In 1991, it debuted ‘Before Freedom Came,’ a major show devoted to slavery in the South. Coleman, who was then the director of African-American Programs at Colonial Williamsburg, contributed to that exhibition, which used objects and artifacts to illuminate the experience of slavery in the South. In 2008, after nearly 10 years as president and C.E.O. of the Charles H. Wright Museum of African-American History in Detroit, she joined the American Civil War Center as president, which brought her back to Richmond.” 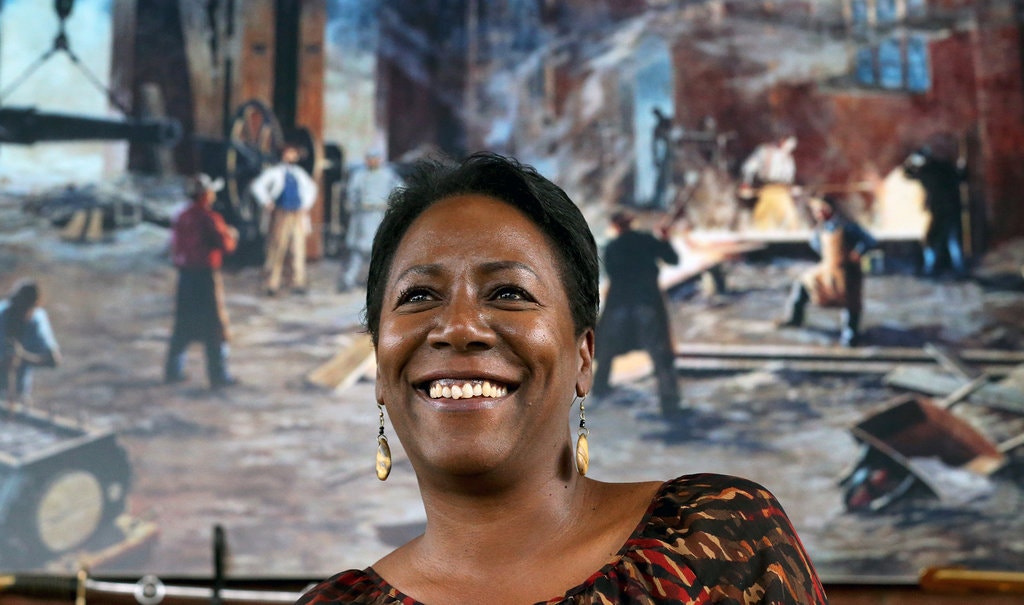 We end the evolution of the museum with, “The merger came five years later. After six more years of work — including the transfer of 100,000 Civil War artifacts and photographs from the Museum of the Confederacy — the American Civil War Museum was ready.”

Next we get a description of what we’ll find when we visit. “The first things you see when you walk into the museum are huge, colorized photos of key figures — Frederick Douglass, Harriet Tubman and Jefferson Davis. Similar historic photos, all colorized, decorate the walls and displays. This might seem like a minor touch, but there’s something about seeing actual skin tones and eye colors — the small details of uniforms or civilian dress — that helps you see these historical actors as actual individuals who experienced the world not unlike yourself. The same is true of the objects and artifacts, from firearms and military equipment to dolls and handmade utensils, which help ground the period in a material world. Knowledge of Confederate prison camps, for example, is greatly enhanced when you can take a close look at something like the objects imprisoned soldiers made to trade for food and clothing. Similarly, galleries devoted to individual battles and campaigns emphasize the chaos and confusion of the war, and the extent to which, in the moment, no one knew how it would unfold. The museum pays great attention to detail and even minutiae, but it isn’t myopic. From beginning to end, the war is framed as a defining conflict for American democracy, a struggle for freedom whose outcome had world-historical implications. And to emphasize this point, the galleries do not end with surrender and reconciliation; they end with Reconstruction and its aftermath. Visitors are confronted with two images and artifacts: a painting of the first elected black members of Congress; a painting of Robert E. Lee and Stonewall Jackson, signifying Lost Cause nostalgia; and a set of well-preserved robes that belonged to a member of the Ku Klux Klan.”

In concluding the article, Mr. Bouie tells us, “Toward the end of our conversation, Coleman returned to the contrast between memory, which can flatter our recollections of ourselves, and history, which is ‘always challenging.’ For many Americans, the kinds of stories told in this museum will challenge their preconceptions. There are just too many myths about the Civil War — too much unreflective memory — for that not to be the case. With that fact in mind, Coleman hopes the museum can dispel those myths, bring clarity to the memories and allow the people who experienced the war to speak for themselves. ‘If we had let them do that from the beginning,’ she said, ‘we might not be dealing with some of the messes we’re dealing with now.’ ”

This episode of the “BackStory” history podcast covers the new museum as well.

Predictably, the racist confederate heritage advocates are up in arms about the new museum, proclaiming it “politically correct” and “having a modern agenda” despite the fact they haven’t set foot inside it. At least one racist idiot has lamented the passing of the “old Virginia” of “moonlight and magnolias” led by the scions of the First Families of Virginia and bemoaning the fact that today it’s led by what this moron considers to be “carpetbaggers and scaliwags [sic]” who are “kept in office by the denizens of large urban areas like Richmond, Petersburg, and D.C. [You know who he means–black people] bearing little knowledge and less interest in its storied past.” According to this racist idiot, black folks have no historical knowledge and no interest in history. This is typical of confederate heritage advocates.