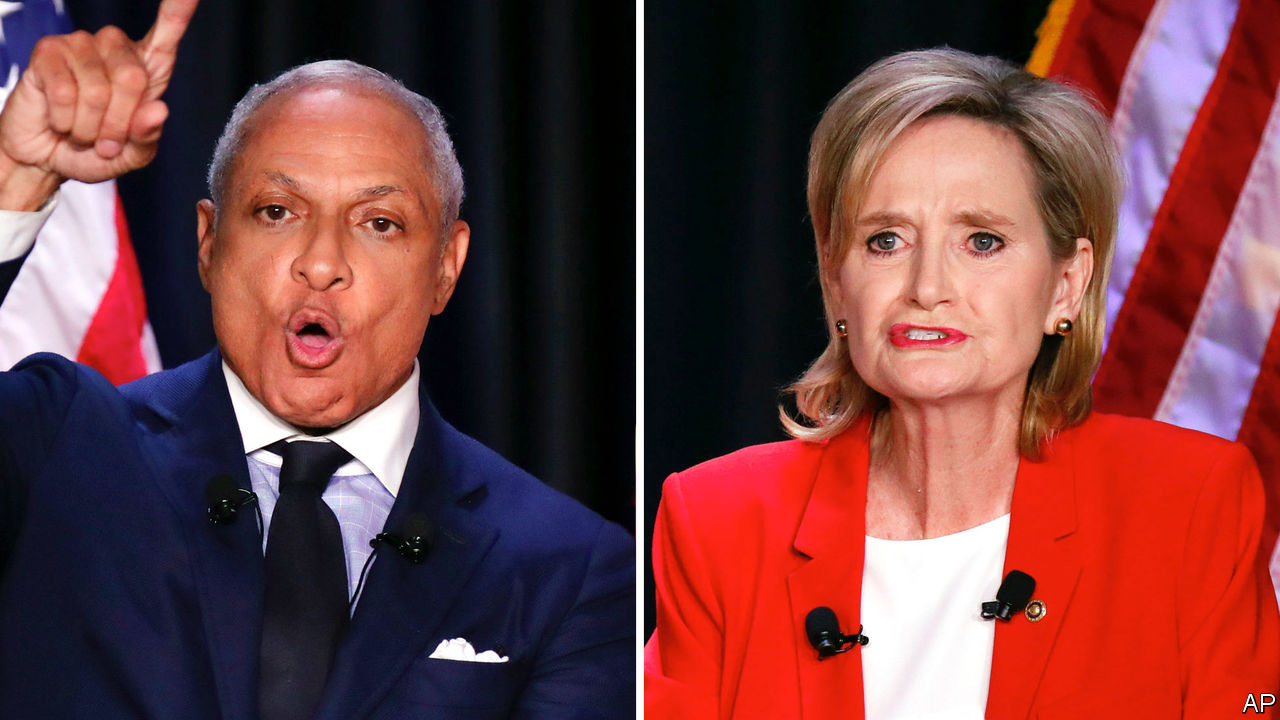 Cindy Hyde-Smith, who had been appointed to the Senate from Mississippi, won her election is now Mississippi’s first elected woman senator defeating former Secretary of Agriculture Mike Espy, who was vying to be the first black senator elected from Mississippi since Reconstruction.

This is a woman who has spoken publicly about attending public hangings, in the state that had the most lynchings of African Americans in the country during the bad years of Jim Crow. This woman praised the confederacy, an entity that existed to further the enslavement of African Americans.

As historian Dr. Karen Cox tells us, “Hyde-Smith has done nothing to help her cause since blurting out her now-infamous line about taking a front row seat at a public hanging. It was a ‘joke,’ she said. The apology she made during her debate with Mike Espy was a non-apology directed at ‘anyone who was offended’ by her racist comments. Then, in Starkville, home of Mississippi State University, she was caught speaking of suppressing the votes of ‘liberal folks’ from ‘those other schools,’ likely a reference to nearby Mississippi University for Women. For Hyde-Smith, this was just another ‘joke.’ Since that time, a photo of her holding a rifle and wearing a Confederate cap during her visit to Beauvoir — formerly known as the ‘Shrine of Jefferson Davis’ — has circulated with the caption ‘Mississippi history at its best!’ It was also revealed that in 2007, Hyde-Smith co-sponsored a resolution to recognize the last living ‘Real Daughter’ of a Confederate soldier from Mississippi. Journalists’ focus on the Mississippi senator’s nostalgia for the Confederacy and her effort to honor a woman with ties to the ‘War Between the States’ is understandable, especially in the wake of the 2017 Charlottesville uprising, which pulled Confederate imagery out of the past and linked it with present-day racist violence. And yet Hyde-Smith’s views are unsurprising to students of Southern history. This is what happens when generations of white Southerners are fed a revisionist Confederate narrative at a young age. Clearly, Sen. Hyde-Smith was not immune. Like many white Southerners, she not only inherited a reverence for the Confederacy, she celebrated it. More commonly known as the ‘Lost Cause,’ this narrative, along with its racist underpinnings, has a long history in the South and especially in Mississippi, due in large part to the influence of the United Daughters of the Confederacy (UDC). From its founding in 1894 through the early decades of the 20th century, the organization made pro-Confederate education a central part of its mission with children.”

As Dr. Cox tells us, “It was reflected in textbooks, birthday celebrations of Confederate heroes, and the creation of the Children of the Confederacy. By mid-century, those children were adults. And many of them had become segregationists. During massive resistance to civil rights in the 1950s and 1960s, white supremacists praised UDC members for their efforts to educate children to revere the Confederacy, because it provided them with a blueprint for dealing with desegregation. They followed the Daughters’ example as they sought to eliminate material from school textbooks that denigrated ‘the Southern way of life,’ and in 1956 the Mississippi House of Representatives passed a bill that required the State Library Commission to purchase books that promoted white supremacy. By the 1970s, Sen. Cindy Hyde-Smith’s generation was still being educated along these lines. She was raised on the narrative that cast Confederates as heroes and former slave masters as benevolent to the enslaved. She grew up among white Mississippians who continued to resist desegregation by creating Mississippi’s all-white segregation academies, designed to resist integration. Hyde-Smith graduated from one of them in 1977. While the senator cannot be blamed for where her parents sent her to school, she continued the tradition by sending her daughter to one of these so-called ‘Christian’ academies which, during the 2015-2016 school year, had only one African-American student. This is exactly what the early UDC had in mind when it began — to perpetuate the racial values of the Confederate generation. Rather than accept civil rights, generations of whites, including Hyde-Smith, have engaged in a self-imposed segregation from people of color by sending their children to private schools, while the state has allowed majority-black public schools to wither on the vine. Given all of this, why is anyone shocked by her comments about a ‘public hanging’ or the suppression of the votes of ‘liberal folks’ when it’s part of her social and cultural DNA? It is consistent with her education and her state’s history, especially when it comes to African-American political progress. While there has been significant change, and people who work for the greater good of all citizens, the culture of white supremacy has never left Mississippi.”

Of course, in a state that still has the confederate flag as part of its state flag, the outcome was, I suppose, foreordained. White supremacy is still ingrained there.

Dr. Cox appeared on CNN to talk about Hyde-Smith’s racist and neoconfederate views.